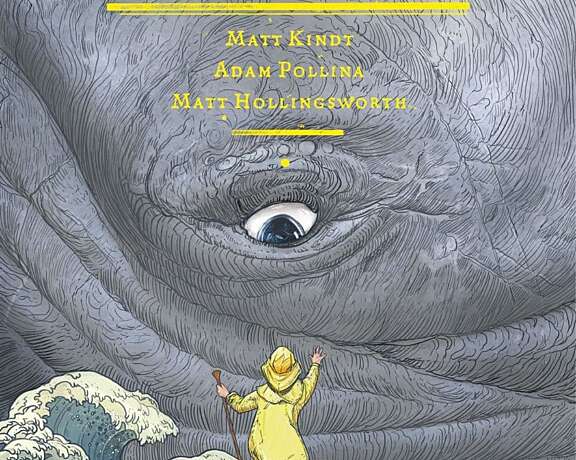 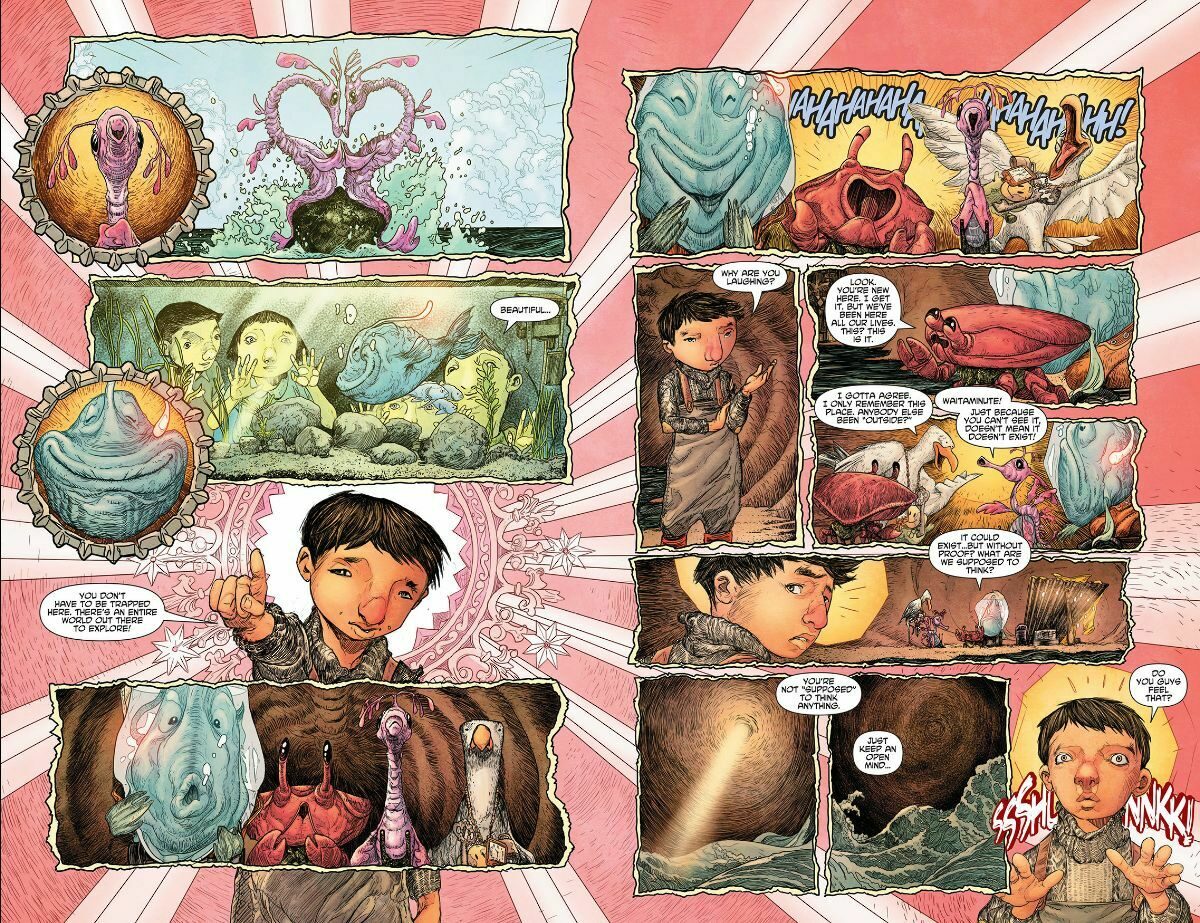 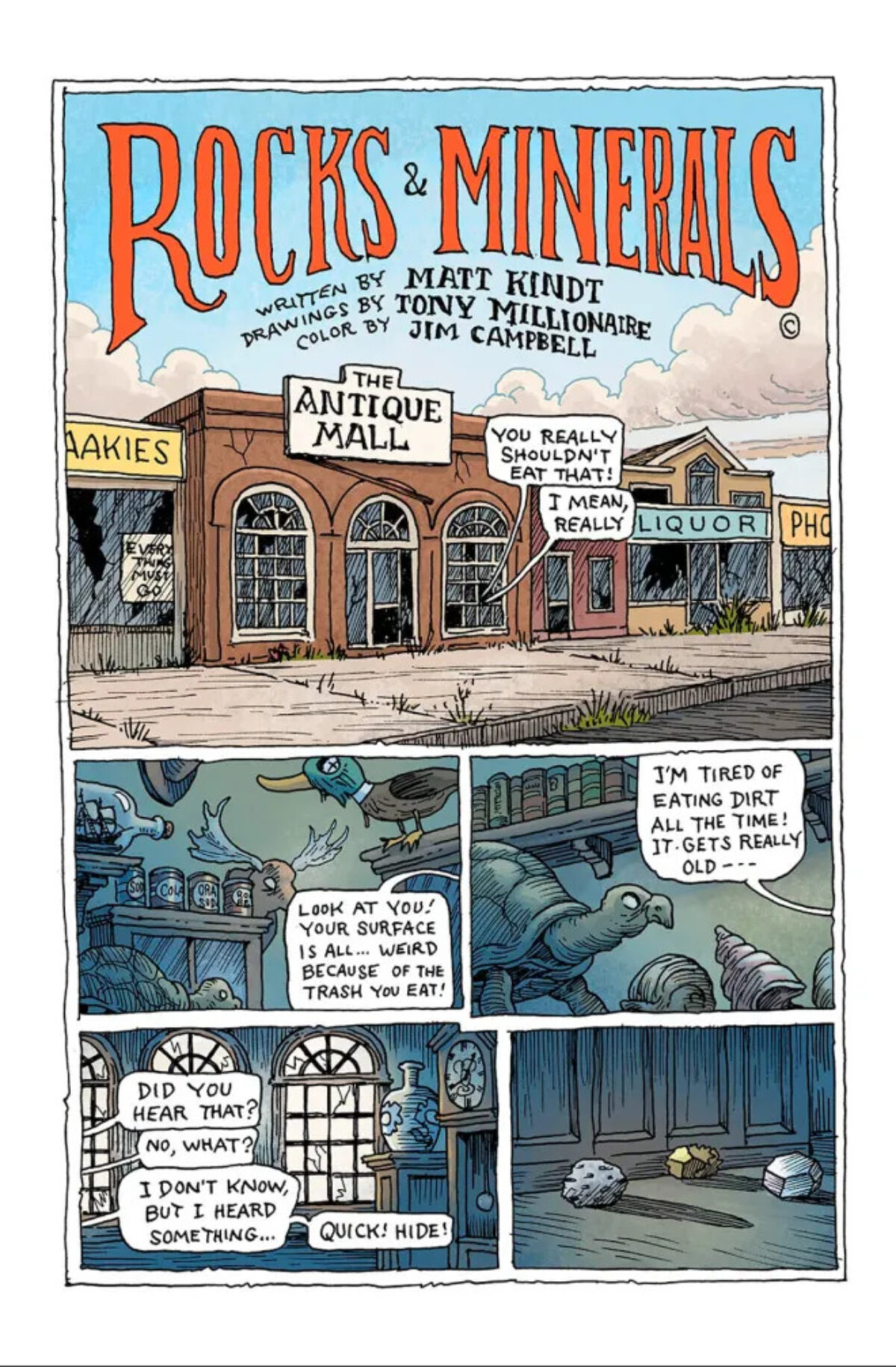 When young Wawae – the seaborn son of a whaling captain – is knocked overboard and swallowed by an enormous whale, he discovers the town of “Whalesville” – a colorful, cobbled-together village inhabited by all the astounding sea creatures that live in the belly of the beast. A crab named Caleb, an angler fish called Angela, and a seadragon that prefers to go by Lilly. But, to Wawae’s new friends, Whalesville isn’t just their home, it’s their whole world – they don't realize they live inside of a whale -- and they can't fathom that Wawae's father will stop at nothing to destroy the creature that stole his son! To rescue his new friends and save Whalesville, Wawae will have to convince them of the truth and escape the whale…before his own father sends them sinking into the murky depths forever.

Then, Matt Kindt's highly developed brain musculature joins forces with multiple Eisner Award-winning living legend, Tony Millionaire, and the color stylings of James Campbell, for a tale of friendship and adventure in the far future.

In the time after the Great Polishing, organic life is no more. Earth is ruled by highly evolved rubble, rocks and minerals. They walk. They talk. They are free. But their age is just beginning and the world is still a largely unknown and very scary place. When the Rock Queen's daughter and her two best friends venture into the forbidden unpolished zone, they find the world mankind left behind and meet what they think is a very quiet new green rock. To their surprise it sprouts a head, four legs and a very loud voice. This is no rock. This is Elpis the turtle, and she needs help getting back to her pond in time to lay her eggs. But what is a pond? For that matter, what's a turtle? The three friends must venture further into the unknown to help Elpis to unravel a secret the Queen herself has fought to keep from her people. A tale of high adventure in the second stone age!