Choose wisely in this RPG style adventure — every decision has lasting consequences. 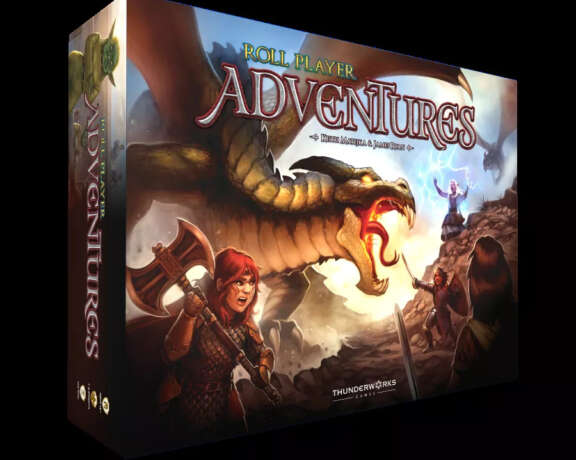 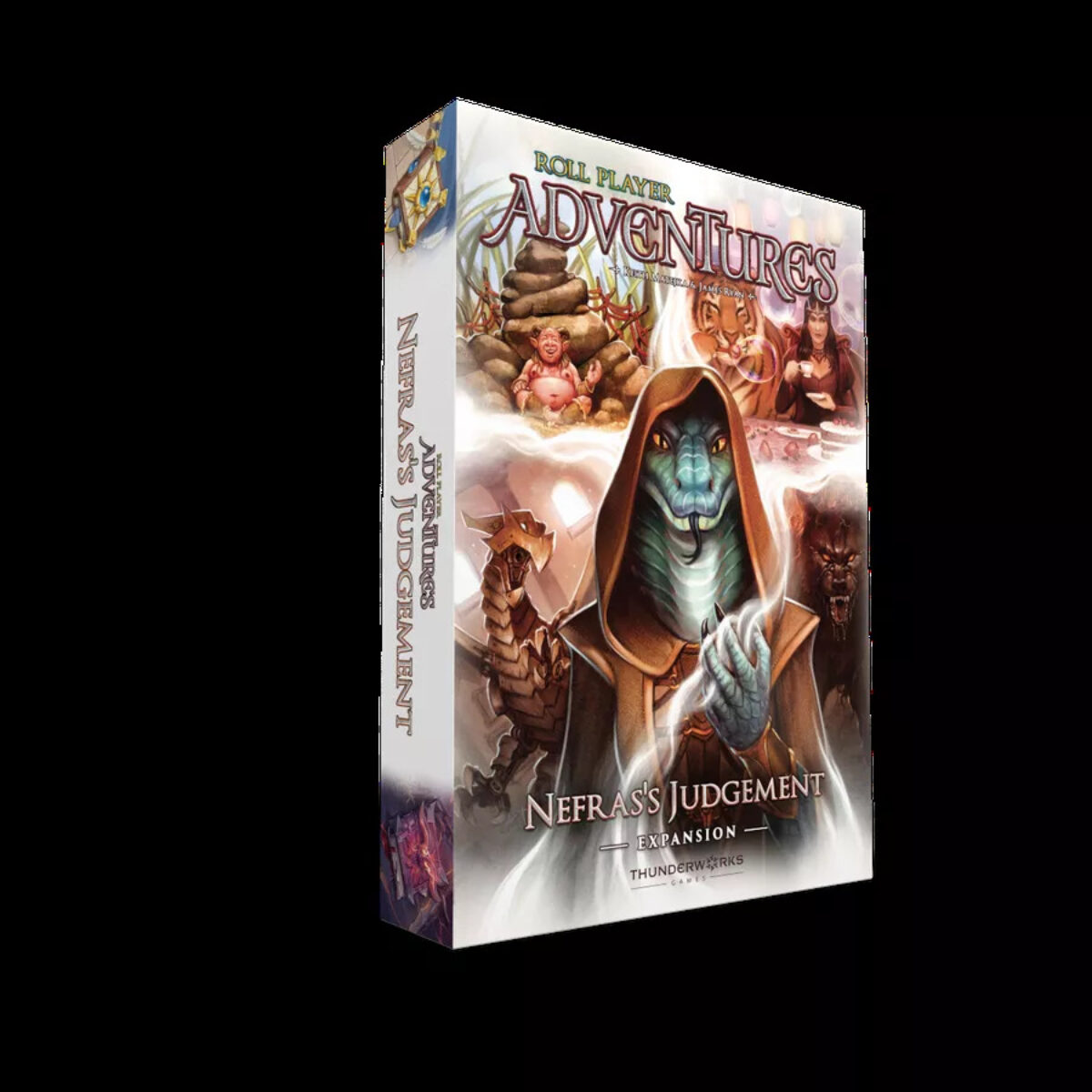 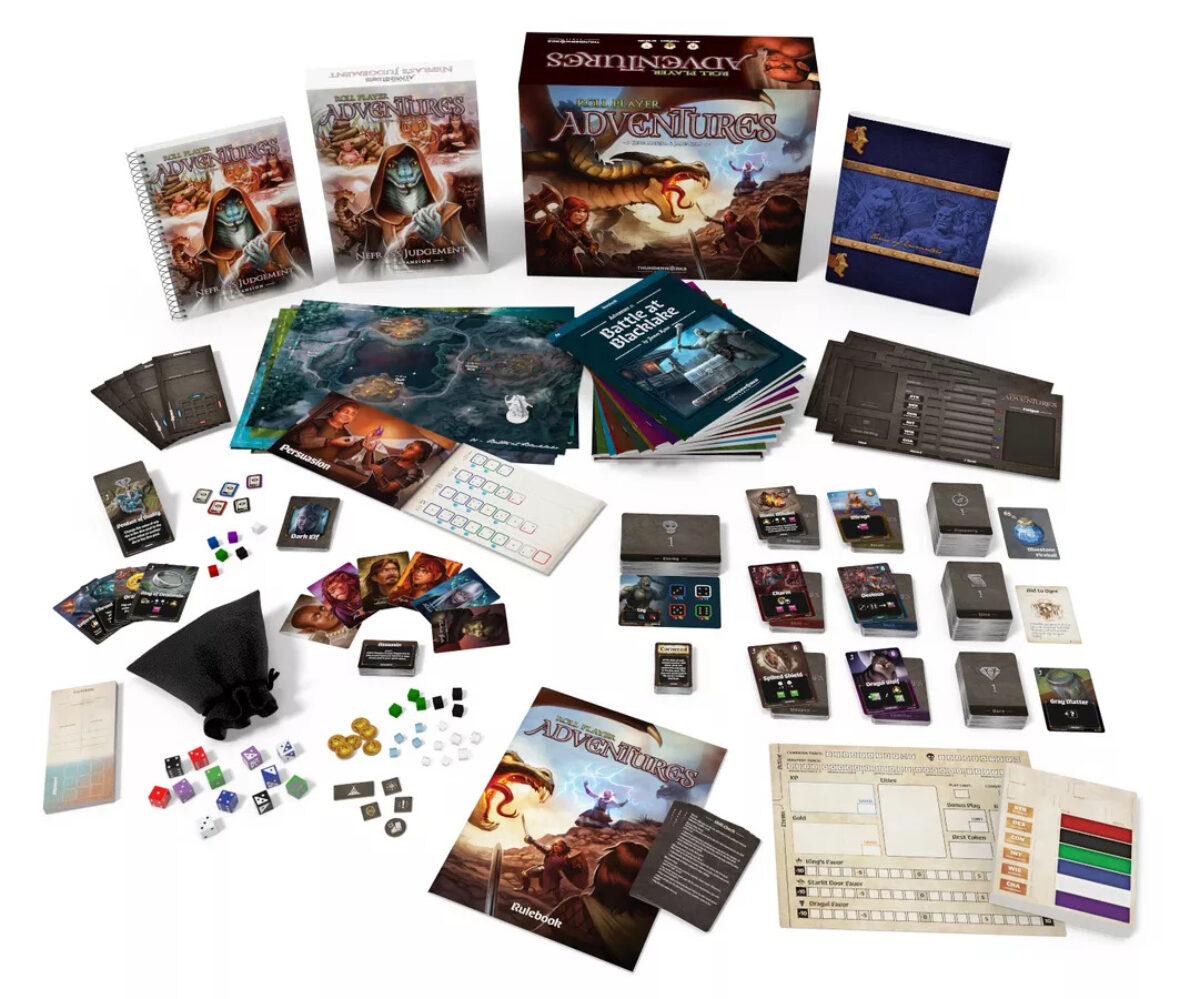 Your Roll Player characters have been called to adventure! In Monsters & Minions, you went to war against Dragul invaders. In Fiends & Familiars, you befriended wild beasts and dispelled cruel spirits. Now your fully formed, battle-hardened heroes must defend the kingdom of Nalos and uncover a mystery that lies at the heart of the Abandoned Lands.

Navigate your missions with care. It's up to you who to befriend and who to battle. Will you slay the giant troll or attempt to make peace? Will you do the vampire's bidding or defend the mysterious cultists he wants to destroy? Will you remain loyal to king and country — or side with the enemies of Nalos? Whatever choices you make, someone will remember and respond.

Roll Player Adventures is a co-operative storybook board game for 1-4 players set in the world of Roll Player. Players inhabit characters, face challenges, and make decisions that will change the story as they progress through eleven core adventures and a replayable side quest.

Nefras, the snake-faced goddess of judgment, rules over the realms of Dream and Memory. She observes all souls in the planarverse to discover their true nature and reward them accordingly. But Nefras is not the goddess of Justice. She does not bring order to the lawless or punishment to the wicked. Instead, the scale-faced one merely assesses the hearts of all heroes and empowers them with appropriate gifts. When Nefras’s observation is complete, she bestows each hero with her final judgment.

Nefras's Judgement expansion for Roll Player Adventures adds over 40 unique storylines woven through the game's campaign. Each explores a unique backstory from the Roll Player universe. Your decisions will change your alignment and steer the fate of the land of Nalos.

SO, YOU'VE BEEN EATEN. (RETAIL EDITION)

PHILOSOPHIA: DARE TO BE WISE