Cartographers set off to explore the Western Lands of Nalos. 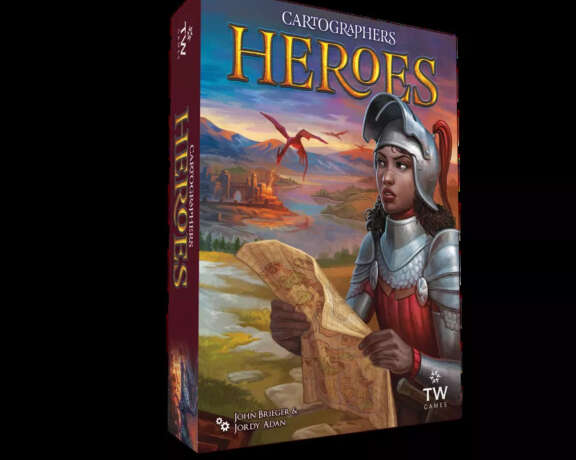 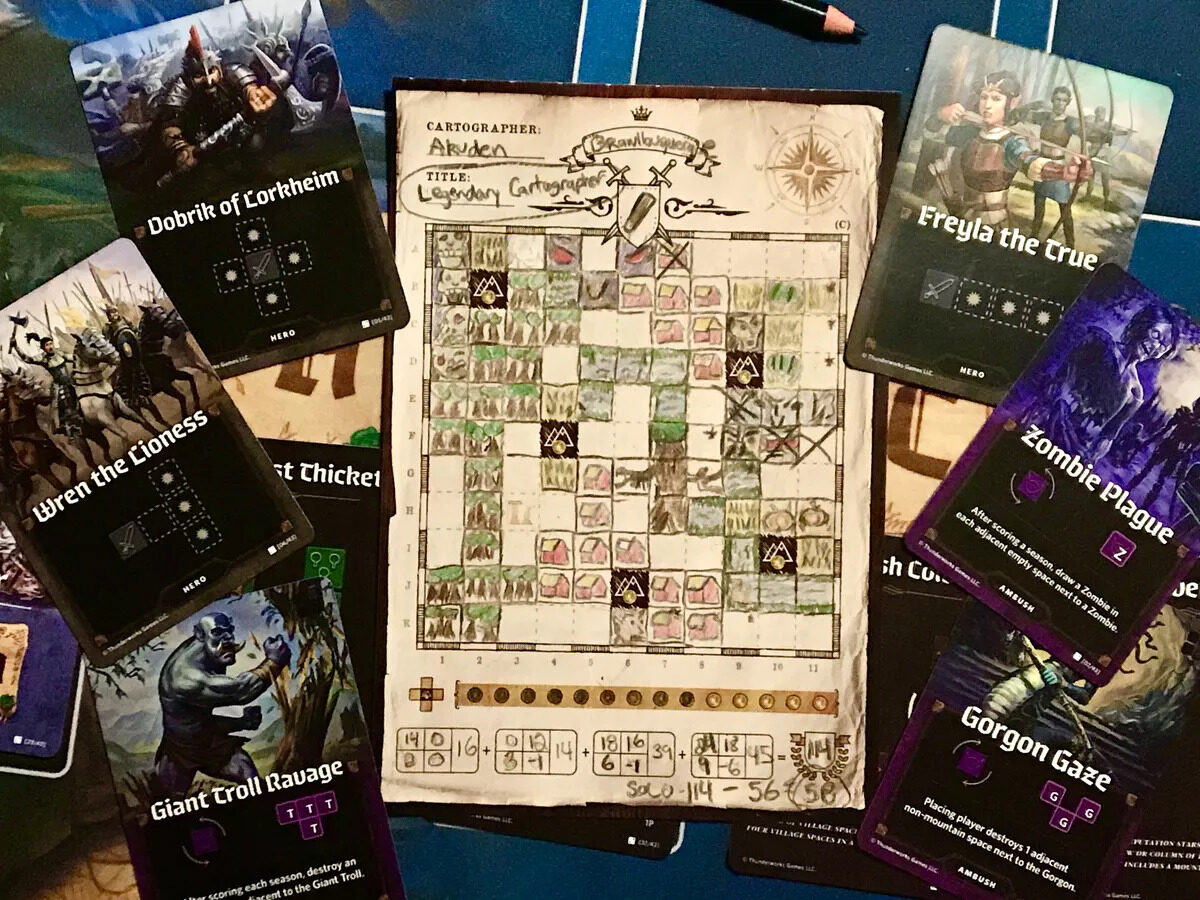 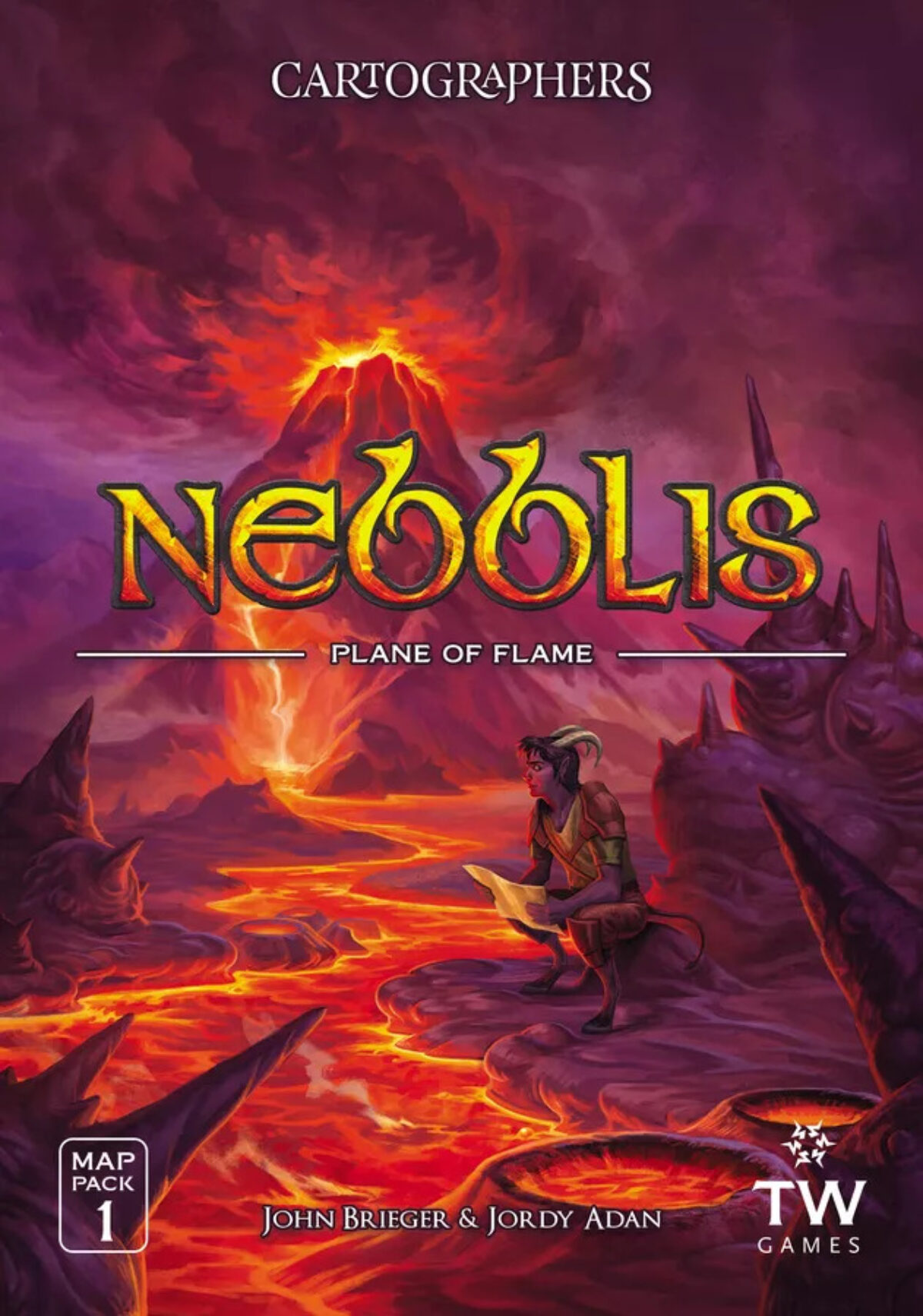 The expedition to the Western Lands is the kind of honor that comes once in a lifetime for a royal cartographer. But these are dangerous times. War ravages the land, and you are sure to encounter Dragul forces determined to thwart Queen Gimnax’s plans for western expansion.

Fortunately, brave heroes have risen to the defense of Nalos. Chart their deeds alongside the queen's edicts and secure your place in history.

Cartographers Heroes can be played on its own or mixed with components from the original game for a greater variety of gameplay possibilities.

It is rumored that the forges of the ancient dwarves were connected by magic to the great volcano Astmork. As a royal cartographer, you are eager to see for yourself. Now, you stand before a mountain that belches flame into the smoke-blacked sky of another world. This map could be the key to great fame and glory if you can avoid the rivers of molten lava long enough to complete it.

It includes 75 double-sided new map sheets featuring a volcano space and 3 volcano cards, which are shuffled into the Explore deck. When volcano cards are revealed, players draw destroyed spaces on their map sheets recording the damage the volcano is inflicting on the land.

SO, YOU'VE BEEN EATEN. (RETAIL EDITION)

PHILOSOPHIA: DARE TO BE WISE