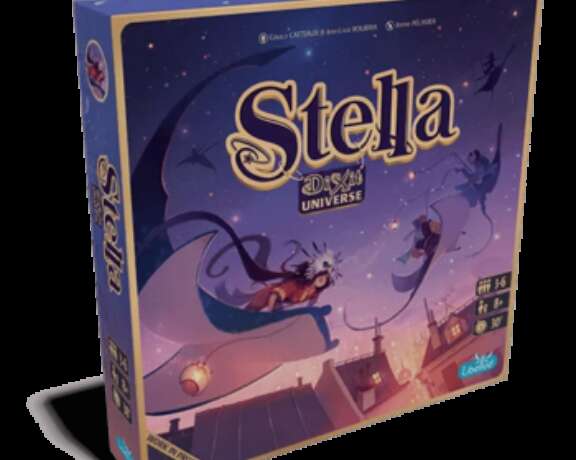 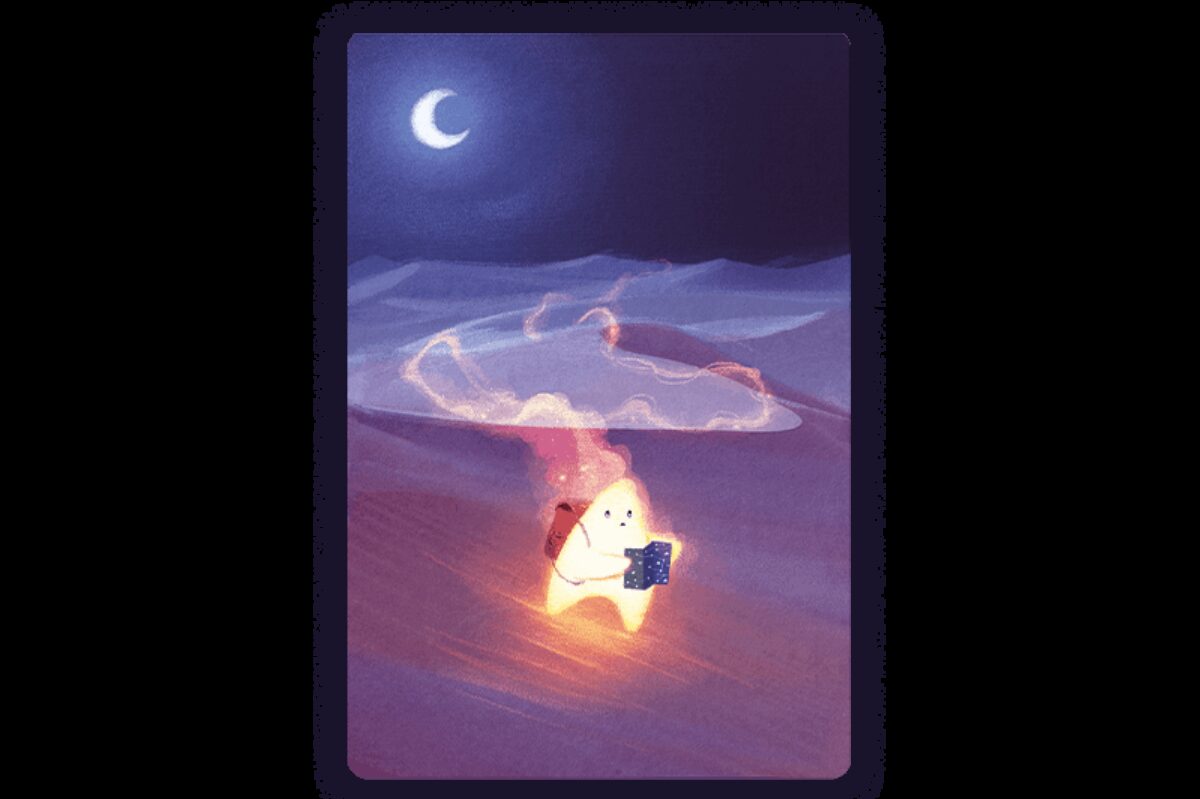 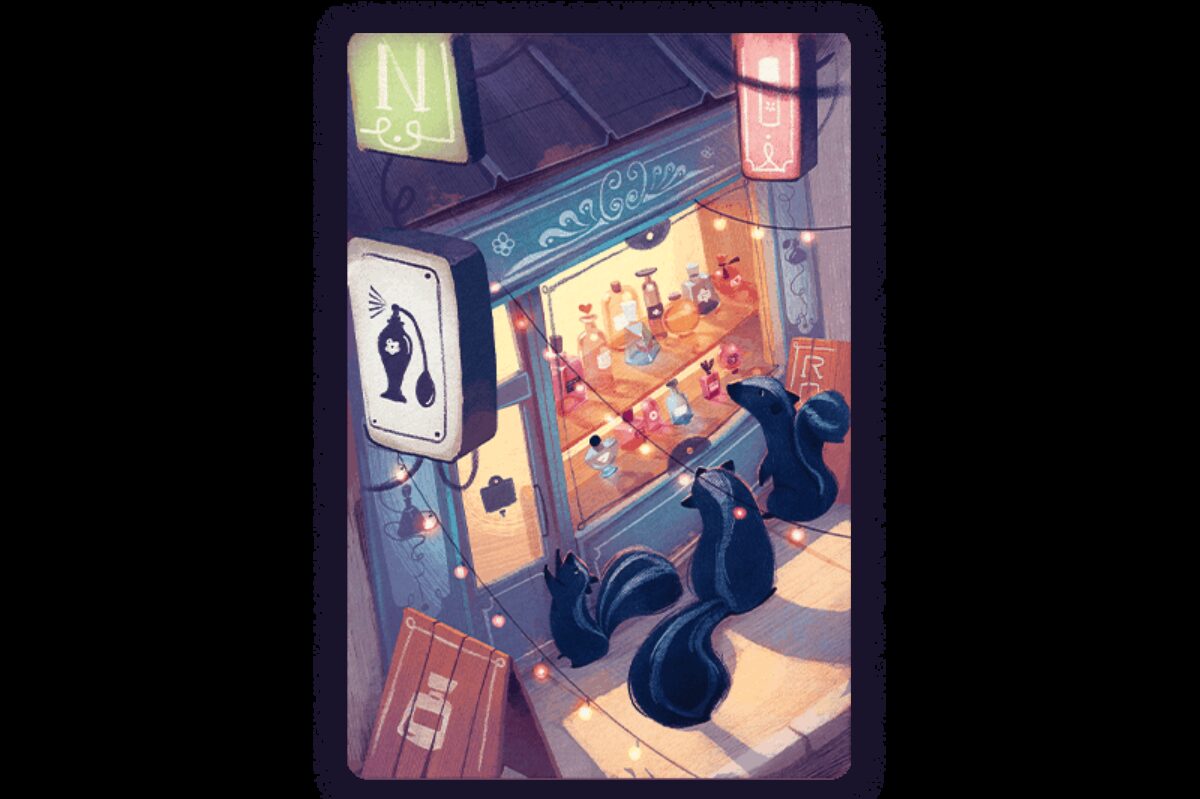 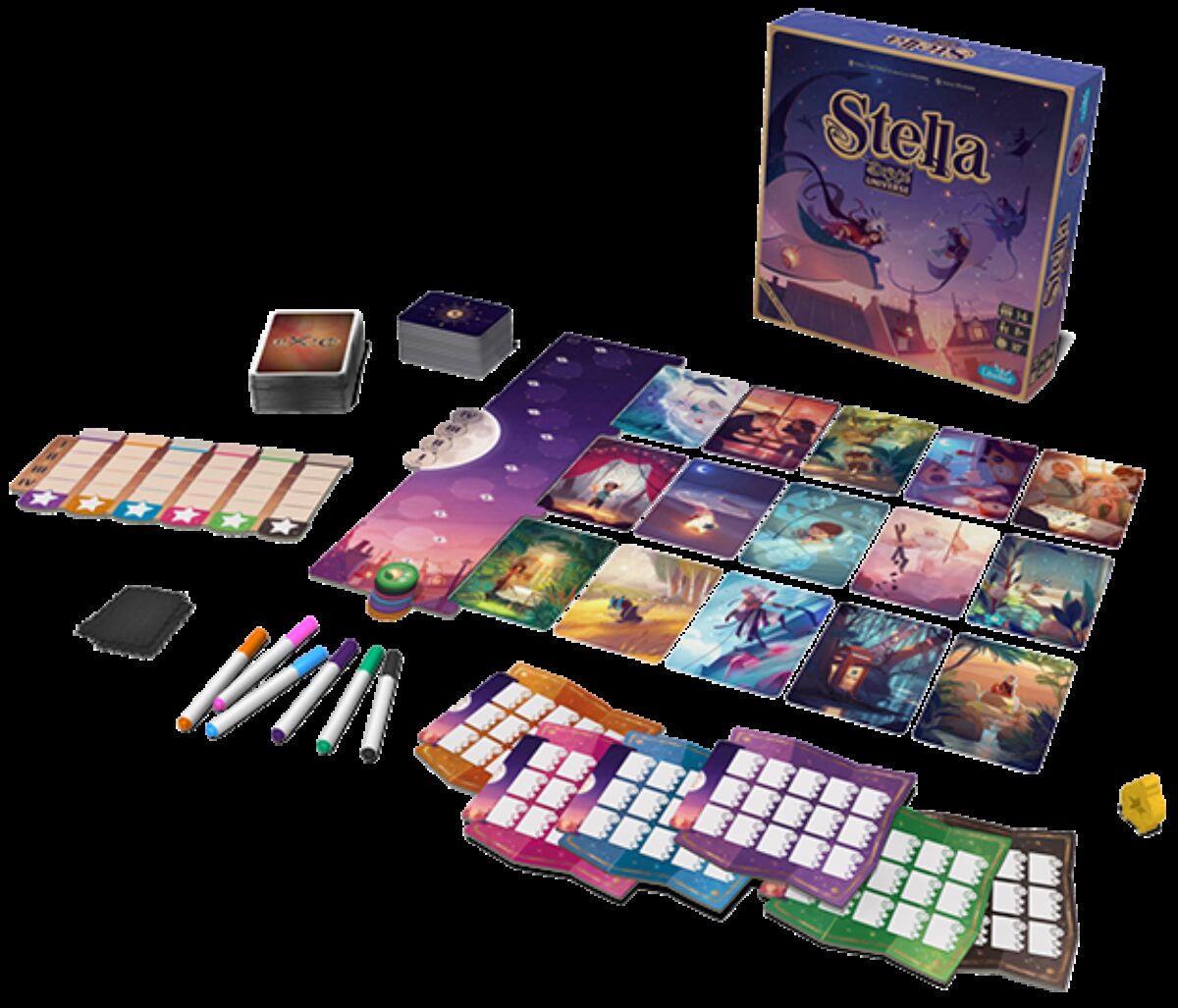 Stella - Dixit Universe is a competitive game in the Dixit universe in which you have to associate images with a common word. Choose the same pictures as your fellow players to achieve victory. Take calculated risks, but beware of free fall. Picture cards from the popular Dixit universe are laid out in three rows of five cards each. Four word cards are revealed, which should arouse associations with the pictures on display. Everyone has a personal tableau on which is secretly entered which cards you associate with the terms. Everyone not only has to think for themselves, but also try to achieve agreement with their fellow players. Because only if more than one player connects a card with one of the words, you get both points.

Stella gets particularly nifty when you check your matches. Everyone indicates how many of the 15 cards have been marked on their own tableau. The active player chooses a card from the display: If there is a match, all players involved receive points. If not, he cannot get any more points this round. So you have to be careful which card you choose. So, in turn, it is always another player's turn until all marked cards have been chosen or all players did not match.