Create your alternative history World War I. Command your tanks and troops through battles, develop new technology and make history. 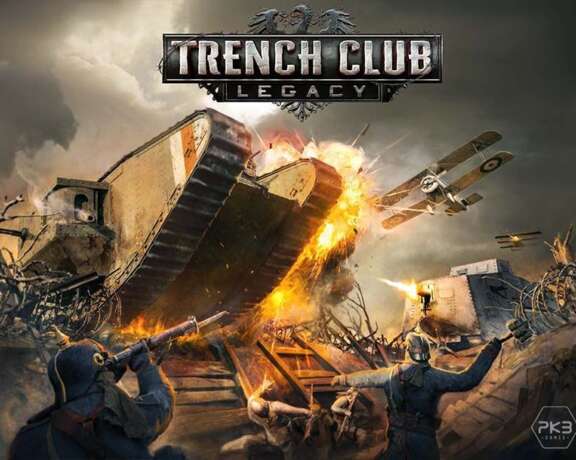 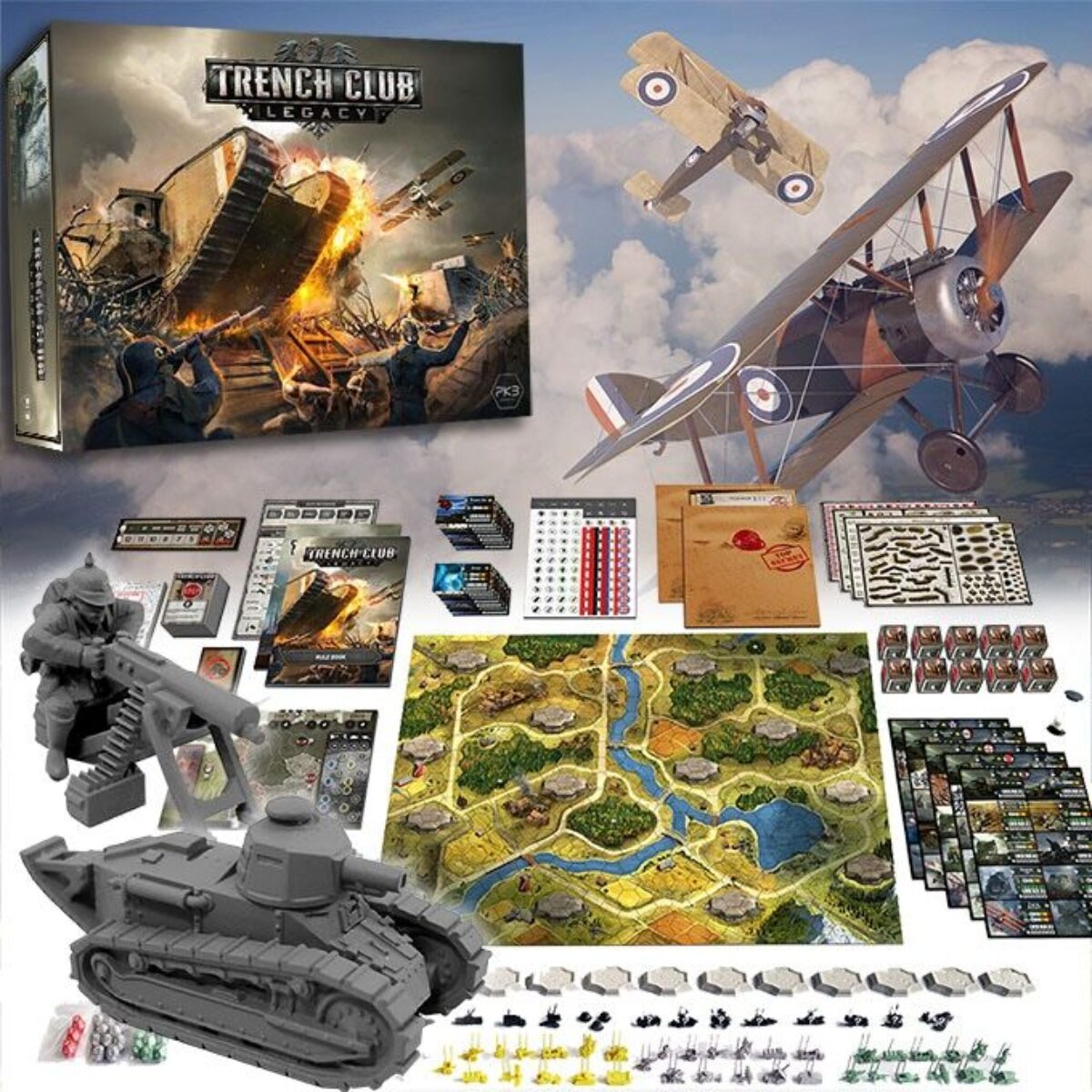 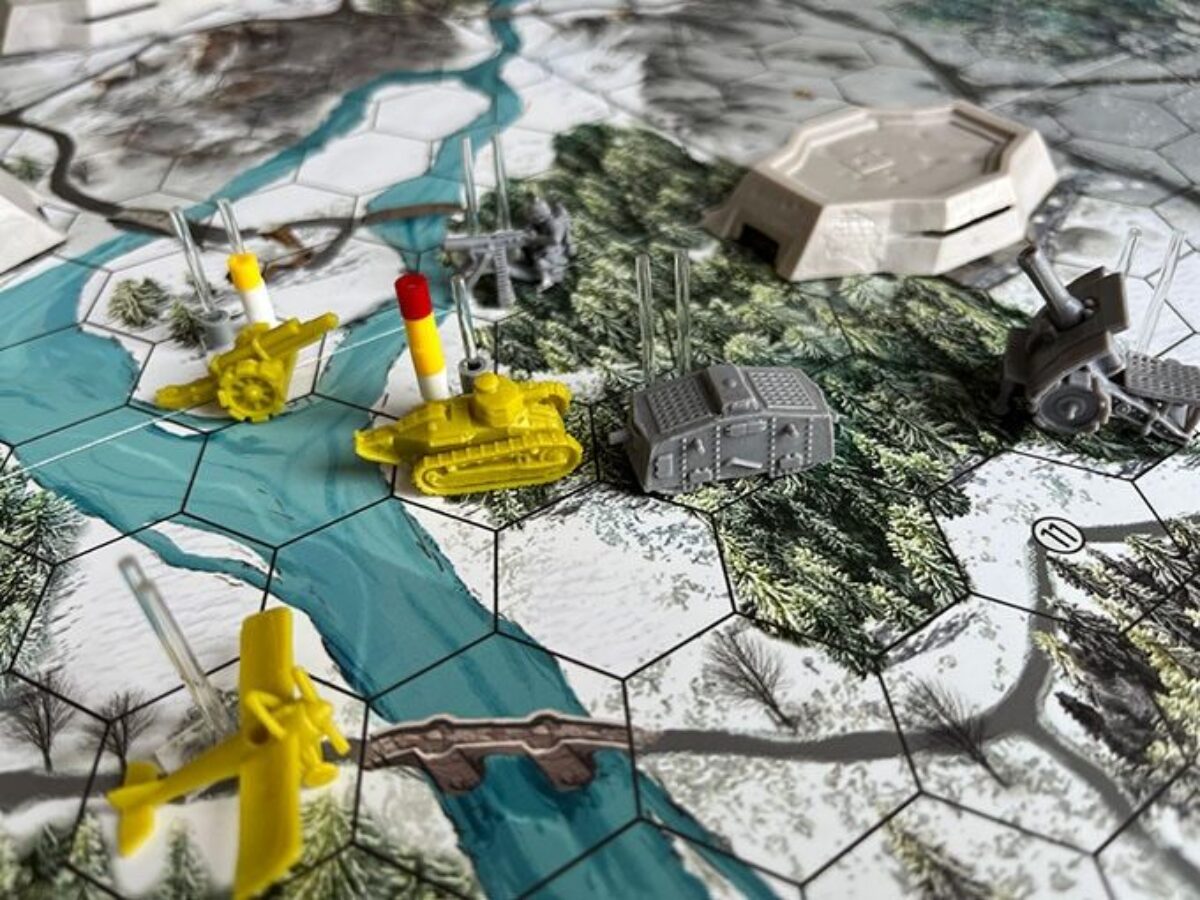 Trench Club is a highly complex strategy game, yet very easy and intuitive to learn the rules. And you can start playing immediately: The rule book includes a quick-start guide of only 3 pages that allows you to start playing immediately without reading the rules before. You read one paragraph then play the according turn phase, then you read the next section and continue playing.

The unit types have different speed, but also the terrain influences their movement range.

Combat is a lot of fun in this game! So let's talk about how it works:

The combat mechanic is very complex, yet intuitive to understand. The amount of damage a unit has, determines the number of dice you may role. For example, if a unit has 2 damage (indicated by the gray markers), it can attack with 10 dice. If you attack from a strategic position (“flank” or “surround”), then you get extra (red) dice.

The hits will translate into damage, depending on the units’ armor and the terrain. For example, 5 hits will give an Infantry 3 damage. If the attacked Infantry is however entrenched in a forest, it would require 6 hits to receive 3 damage.

The game includes a printed rule book in English/German language. Spanish, French and Italian versions are available for download.

In the LEGACY campaign, you will play the game multiple times (10 games in the campaign unless you are victorious earlier). Each game will be different based your decisions and the results of the previous game(s), with new rules, events, briefings, mission goals, and more. These are tracked on the Legacy Board (~30x20cm/12x8") which shows the progress of the war on a map of Western Europe.

You can research technology which will unlock new unit types (with according miniatures) for the next games.

You can customize your character and learn new abilities over time. This way you can not only level-up your units within a battle (with combat experience) but you can also level-up your skills for future battles.

You will modify the map, which will leave a mark for future games in the campaign. For example, if you dig a trench, you will add a sticker to modify the map. This opens up new strategic decisions: when you realize you are on the losing side in a battle, it might make sense to focus on leaving the battlefield in a way that favors you in the next battle. E.g., you could try to kill an enemy officer at all costs, so the enemy will not be able to use him for the next battle.

Your actions will not only influence how the next battle will be, it will also create your individual alternative history storyline that unfolds during the game. The game starts in 1915, after the failed (!) assassination attempt of the heir to the Austro-Hungarian throne Franz Ferdinand. Europe is a powder keg with nations armed to the teeth and just waiting for a spark to unleash a global war.

The storyline will be told by a deck of fictitious newspaper articles you draw stories from, depending on how victorious you are in the war, how noble or ruthless you act during the battles and what technology research you focus on.

Don't worry! If you don't want to make persistent changes on the map, you can use tokens instead of stickers, cut out and lay stickers on the map instead of actually sticking them to the map or download printable replacement materials on trench-club-legacy.com. You can replay the campaign and don't need to destroy anything.