Critical Role has partnered with WizKids to create high quality figures that are compatible with the most popular tabletop RPGs. 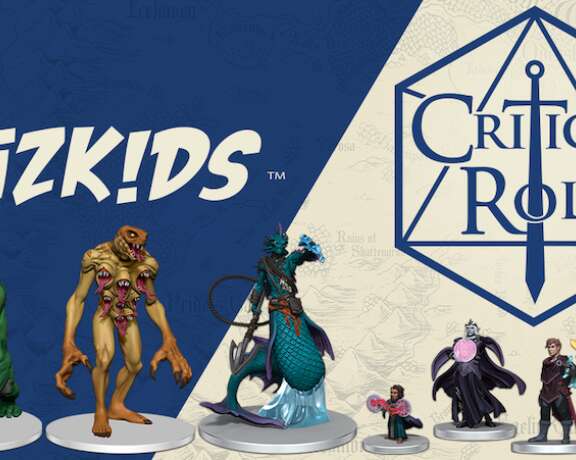 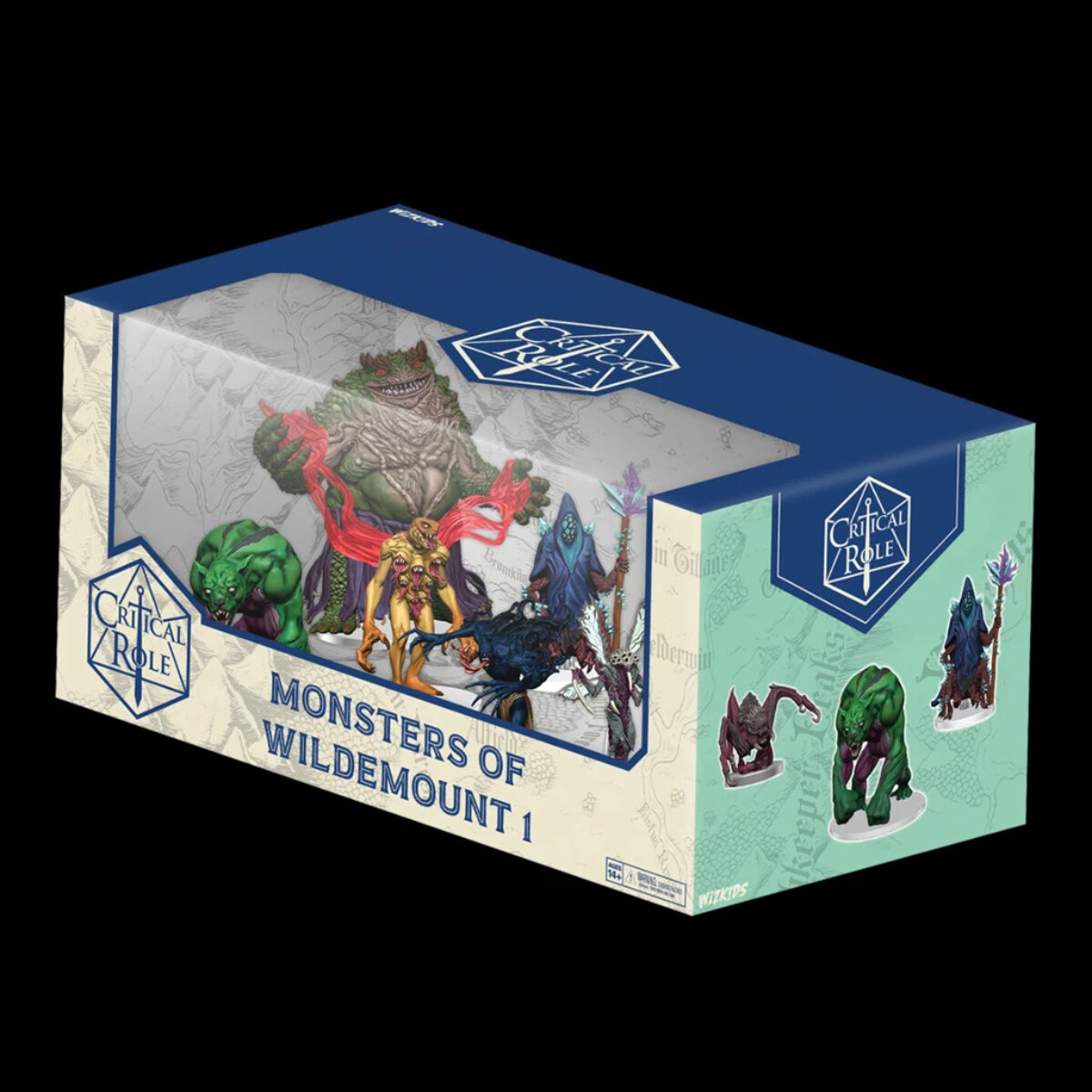 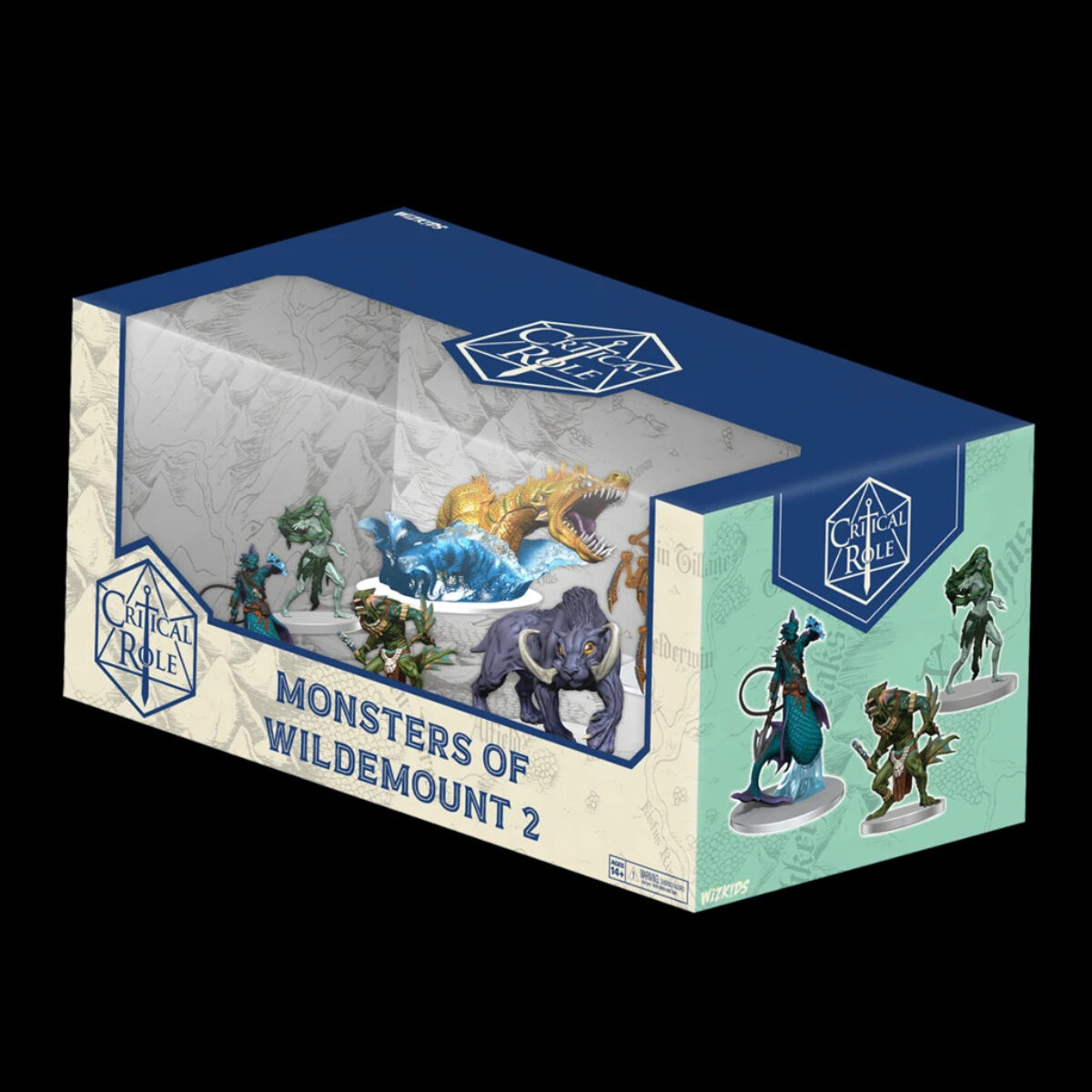 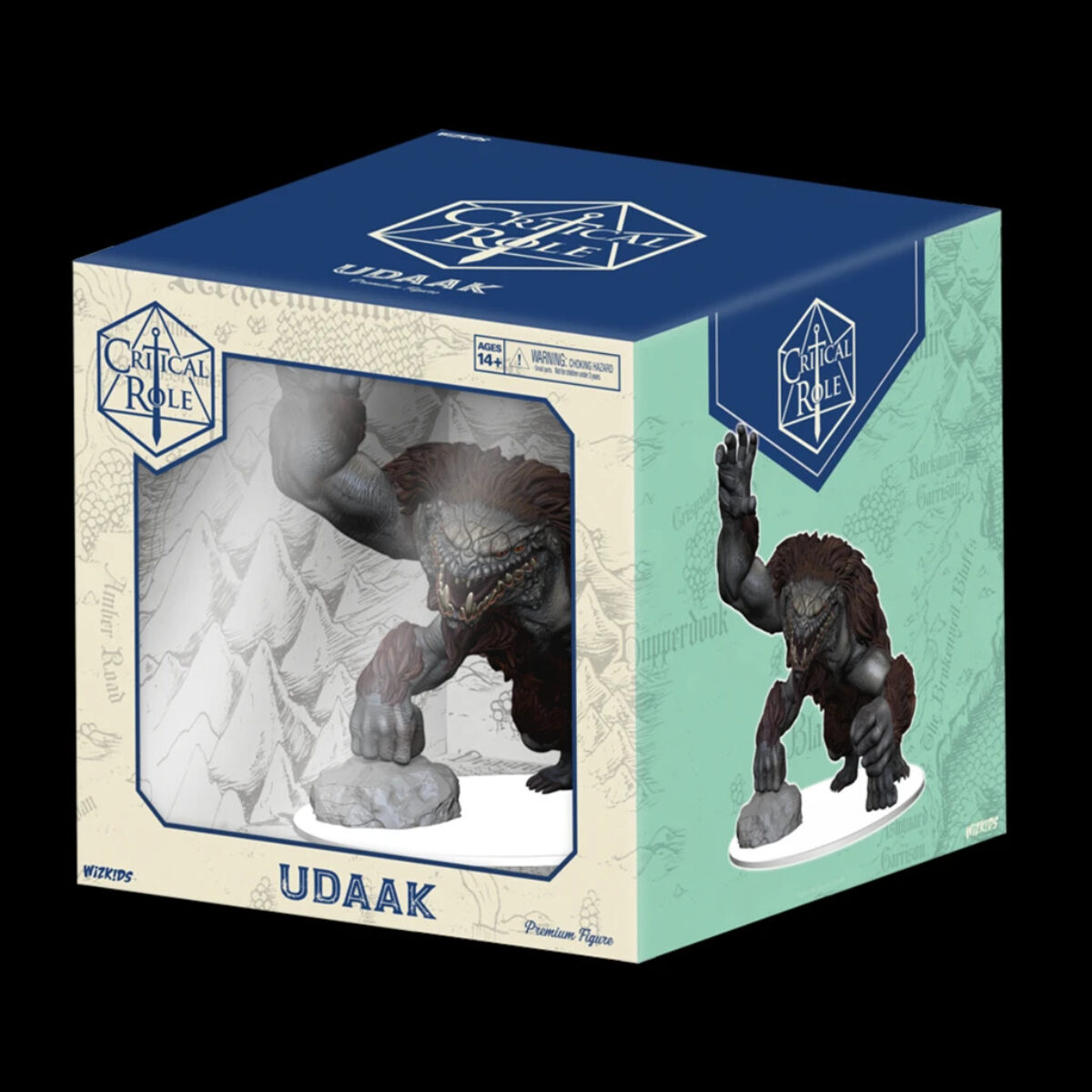 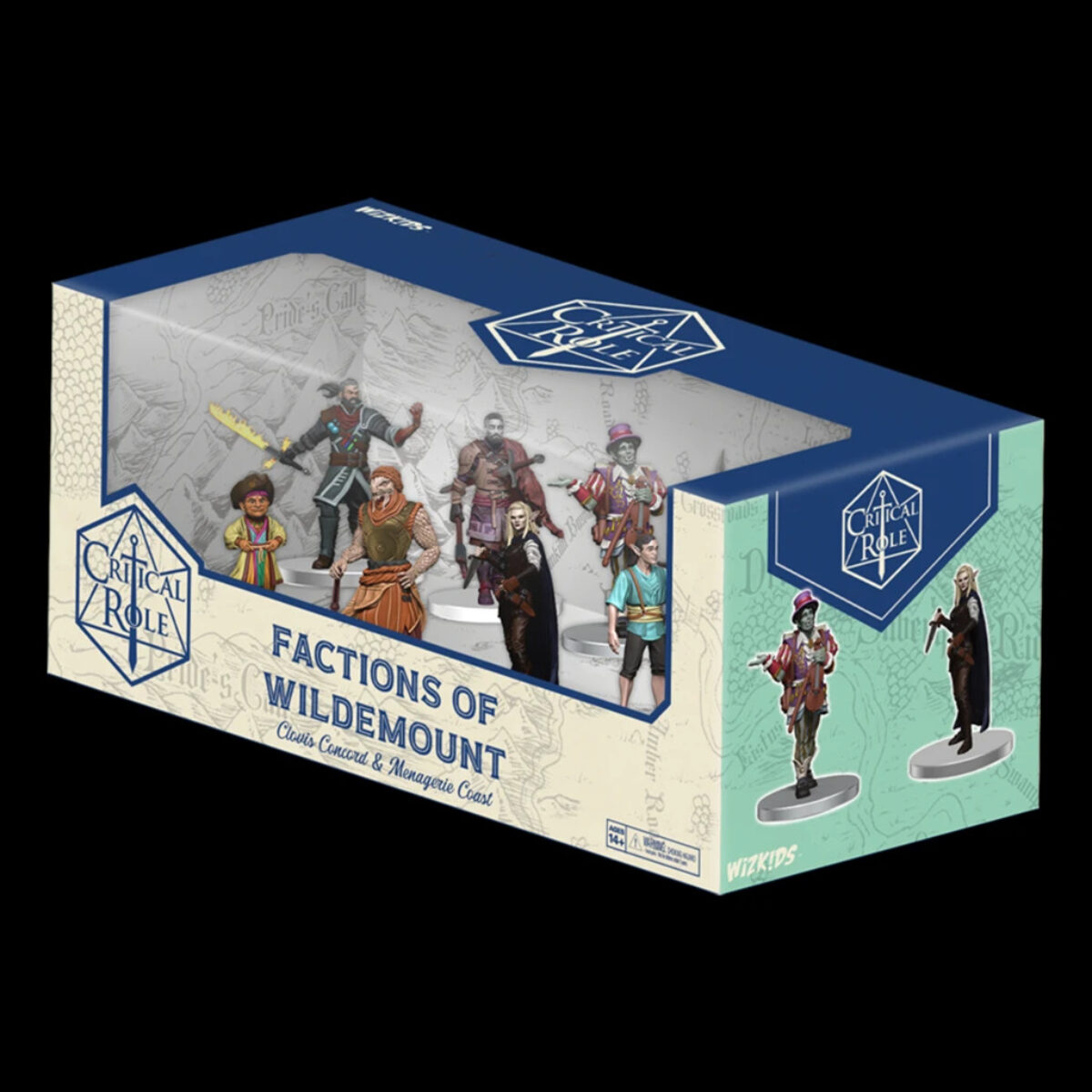 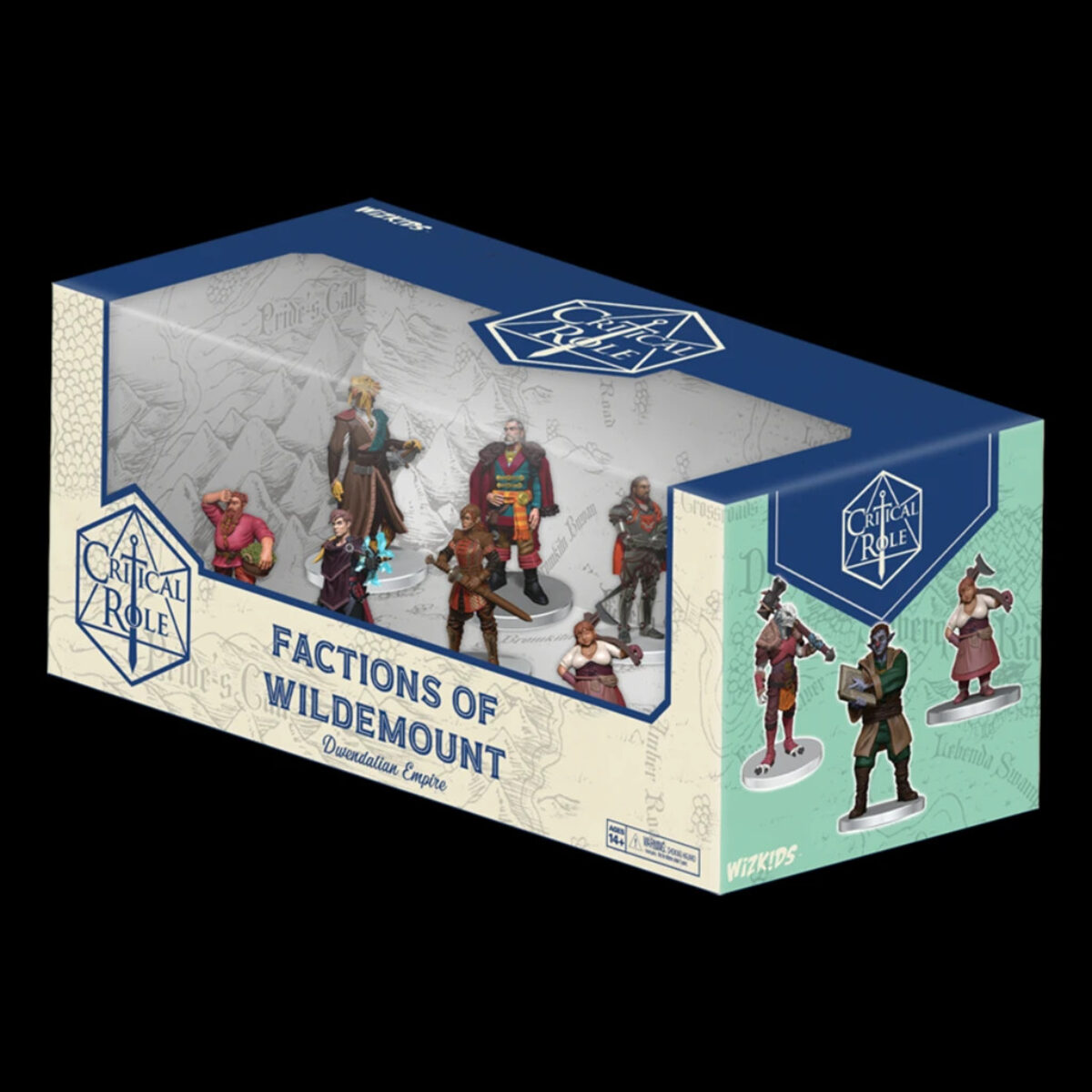 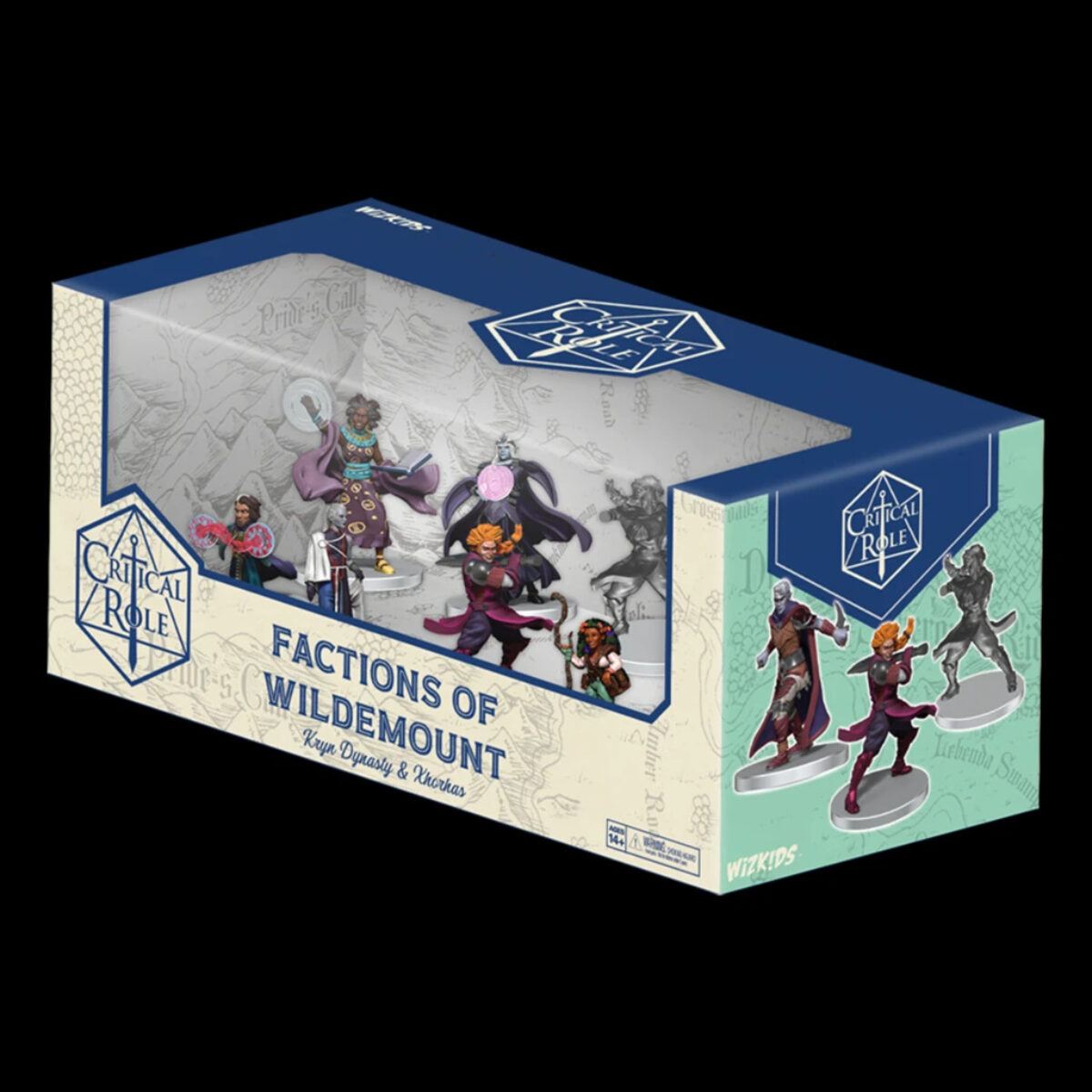 In the warmer realms of Exandria, the eight cities of the Clovis Concord form a democratic nation of trade and variety among their inhabitants. Now you and your players can enjoy dynamic encounters when you add Critical Role: Factions of Wildemount: Clovis Concord & Menagerie Coast to your collection! From the boisterous activity of the Fisherman of Clovis at the docks, to the watchful gaze of the Shore Warden Soldier, you’ll find yourselves immersed in the coastal world brought to life at your table!

Are you ready to join the Clovis Concord?

The Dwendalian denizens live in a world of imperial law. With the Critical Role: Factions of Wildemount: Dwendalian Empire, you can explore the land ruled over by King Bertrand Dwendal and meet the many denizens who dwell within it. Whether your party examines the wares of the jovial Pumat Sol or finds themselves involved in quiet intrigue with a Volstrucker Agent, your campaign is sure to become one memorable encounter after the next!

Are you ready to join the Dwendalian Empire?

Emerging from the darkness below, the people of the Kryn Dynasty hold true to sharing the teachings and values of Luxon faith throughout the wastelands of Xhorhas, where survival is the driving force of their way of life. When you incorporate the Critical Role: Factions of Wildemount: Kryn Dynasty & Xhorhas set into your game, your party will have the chance to fight alongside the mysterious Echo Knight and find their footing amidst the power of the Graviturgy Wizard. Bring these elements of world of Exandria home and into your campaign!

Are you ready to join the Kryn Dynasty?

Enhance your campaign with thrilling creatures straight from the world of Exandria and imagined by Matthew Mercer! Now you and your players can come face-to-face with memorable monsters like the frog-like Nergaliid, or the dreaded Husk Zombie. In the Critical Role: Monsters of Wildemount Set 1, choose from nine epic pre-painted miniatures to add to your own campaign.

Are you ready to face The Monsters of Wildemount?

Create an immersive experience for you and your players with Critical Role: Monsters of Wildemount 2! Whether battling the massive Swavain Basilisk or dodging the spells cast by the Sahuagin Warlock of Uk’otoa, you’ll be creating memories that will last long beyond game night. Let the adventure begin!

Are you ready to face The Monsters of Wildemount?

Terror strikes to the bone as your eyes fall upon the hulking shadow cast along the ground. You feel the glare of four intensely red eyes as a deep growl rumbles through the air. As you raise your head and look to the Udaak looming before you, it opens its sharp, toothy maw and flexes its four arms ready to strike! With the Critical Role: Udaak Premium Figure you’re be sure to create a memorable moment of combat for all the players at the table!

Standing 210 mm Tall, Udaak is the perfect addition to your collection. Sculpted with highly detailed features and using premium paints, this Udaak is a great foe, or ally, for any adventure!