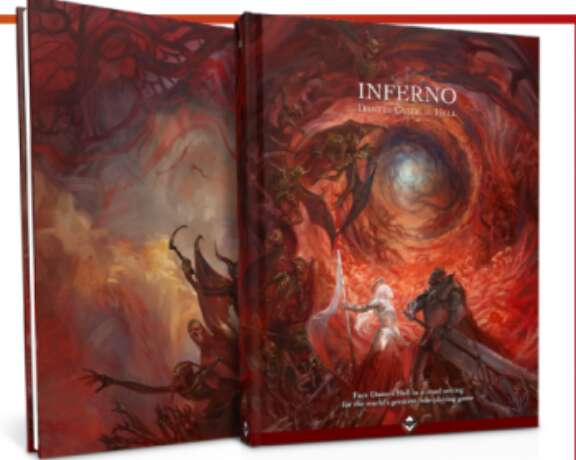 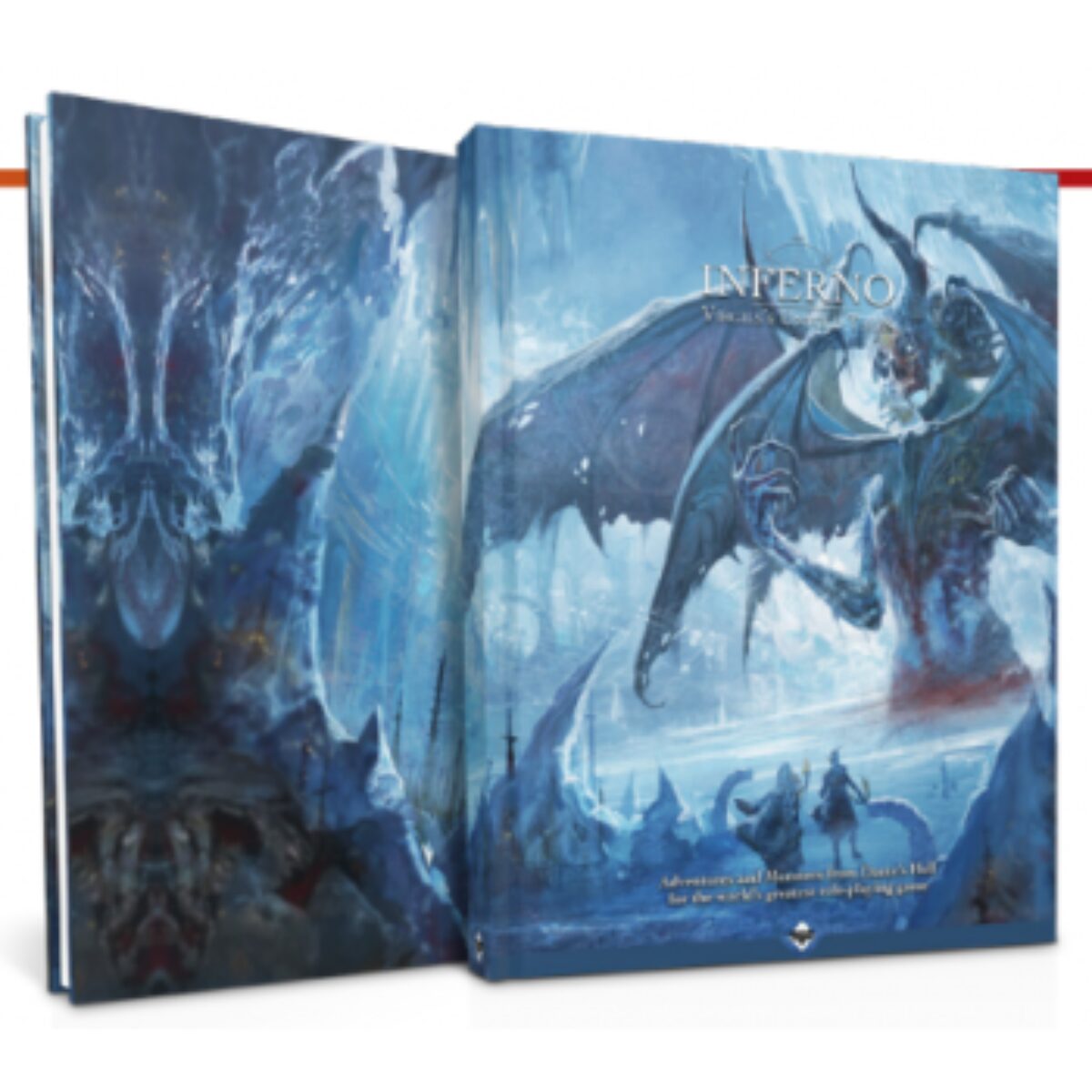 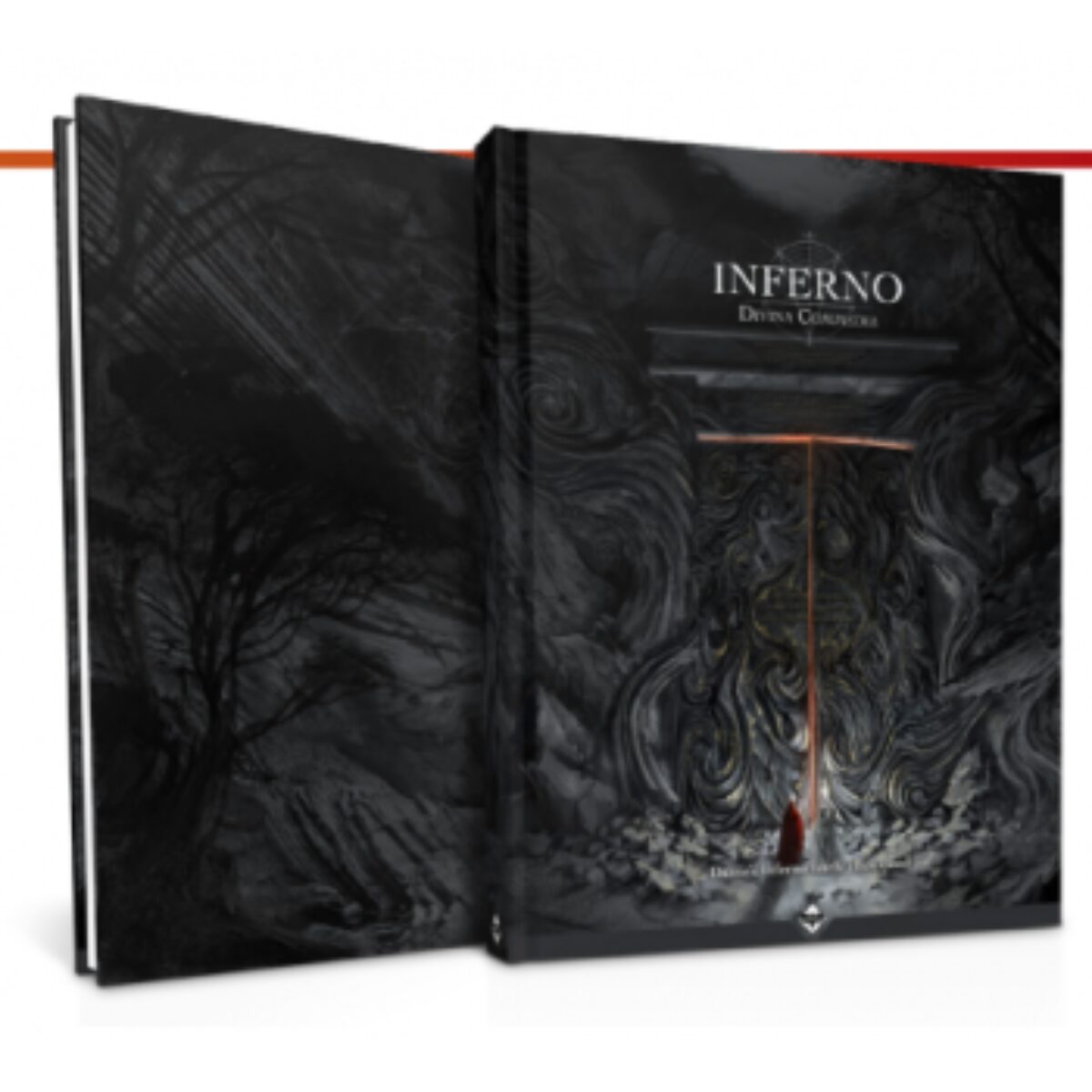 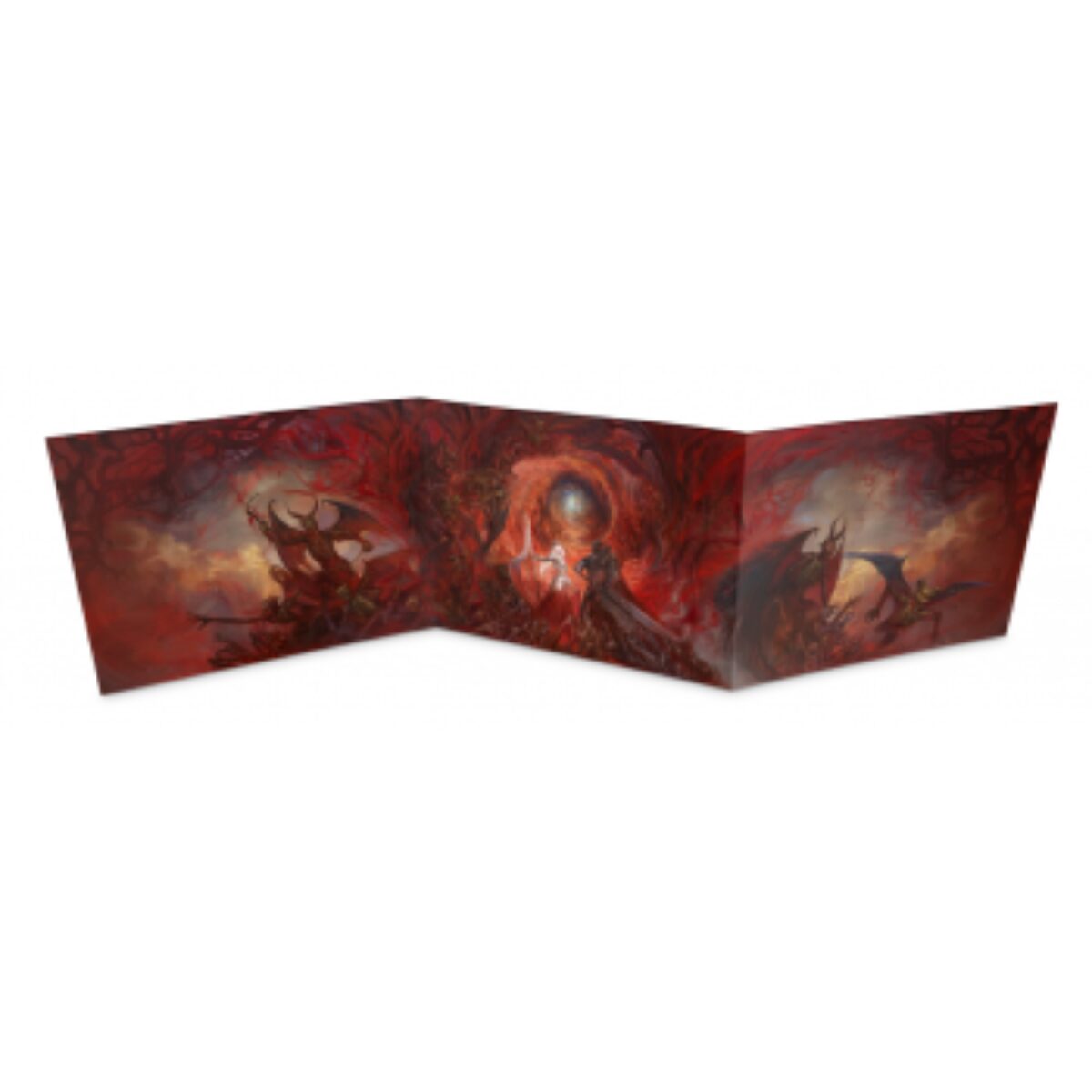 Inferno is the first original 5th Edition Dantesque Campaign Setting. Designed by Two Little Mice and published by Acheron Games, this volume is a labor of love which took three years to complete, adapting Dante Alighieri's The Divine Comedy into a tabletop role-playing game.

The core book, Inferno - Dante's Guide to Hell, is the game's “Player's Handbook”, and it focuses on character creation and options, setting-specific rules, and a deep description of the Inferno itself.

It can be read by players, and it explains why the PCs are there, who they are, what they can do in Hell, and how they can leave this supernatural realm. In Inferno, players are Lost Ones, living beings forced to enter Hell for some reason and trying to complete their voyage to the Last Gate, the only exit, before losing their Hope.

The origin of the Lost Ones can be customized by players to obtain different traits, backgrounds, and features. Other important rules of the setting include Hope, the most important PC resource, and the Infernal Emblems, the legacy gear of the Lost Ones.

The volume describes in detail 12 brand-new Archetypes with a 1-20 level progression. Every Archetype is a philological combination of traits, powers, and suggestions directly taken from Dante's imagination. The book also includes a complete description of Hell, inspired by Dante's masterpiece.

Inferno - Virgilio's Untold Tales is the game’s "Master's Guide" and "Monster Manual", and it contains adventures, perils, game hooks, special equipment, a whole campaign, and the bestiary, together with a deeper description of the Inferno as a "sandbox", to be used after the end of the campaign.

In Inferno, players are Lost Ones, in their journey toward the Last Gate, the only exit from Hell. They can come from any world or plane, and of course also from our Earth, but when entering Hell they will appear as a unique character, primarily forged by their virtues and sins in an otherworldly look. They are alive and they could stay alive during the whole voyage, like Dante was in his, but the Inferno itself, with its demons, damned souls, and perils will try to catch them and enslave them forever.

The main challenge of the Lost Ones is not to face and defeat damned souls and monsters, but to keep their path and their Hope during the voyage!

In this volume the game master can find all he needs to torment the players during their voyage through the circles of Hell, including creatures, monsters, hooks for adventures, and encounters to make this game experience special,
an endless emotion for all the players who dare to try it. The compendium
of the evil creatures of Hell includes the nine mythical Guardians of the
underworld.

Inferno is a stand-alone, unique, special, and celebratory publication and comes with the original version of the poem, together with the English translation (by Henry Wadsworth Longfellow), a beautiful gift for any lover of poetry and art.

The original poem is translated into the game in every monster, phenomenon,
creature, and peril of Dante's Inferno, and in this volume you can see the setting’s main characters, depicted by wonderful drawings and paintings that will leave the players speechless.

CONTENTS: Hardcover volume containing the First Canticle of Dante’s Inferno and all the beautiful and original artwork of the game.

The luxurious screen for the Guide of Inferno is realized in full color cardboard, with three horizontal panels with full color print on both sides. The players' side is illustrated with wonderful and original artwork, providing an impressive representation of the game setting, illustrated by Daniela Giubellini. The reverse side, the Guide’s, features all the reference and summary tables of the main setting rules necessary to manage the game.

Behind the screen, the Guide conducts the Lost Ones (Player Characters) in their journey toward the Last Gate, the only exit from Hell, trying to avoid all the perils that Lucifer and his minions put in front of them on their path. It will not be easy to get out of their deadly...

CONTENTS: High-quality full color cardboard foldable screen, with reference tables on the game guide's side, beautiful artwork on the players' side.