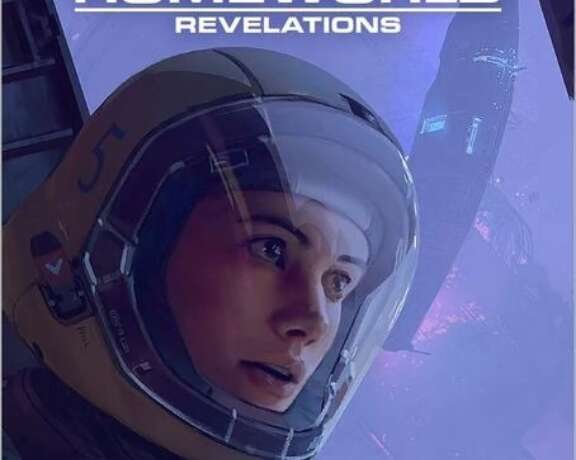 “100 years ago, a satellite detected an object under the sands of the Great Desert…” Homeworld: Revelations will give fans of the original Homeworld game the exciting opportunity to view the universe from a new perspective, taking on the role of the crew aboard one of the Kushan fleet’s ships. Whether it’s joining the Mothership on its odyssey, or helping re-establish the Hiigaran homeworld, there will be endless adventures. Homeworld: Revelations expands on what we know of the Kushan people and the game’s major factions, like the Kadesh and the Taiidan. Fans of the universe will learn that there are more incredible secrets hidden within the Guidestone which can be discovered through the roleplaying game. You can expect more detail on the people of the whirlpool galaxy so players can create their own stories of discovery and adventure, revisit locations from Homeworld to uncover their mysteries, and even explore the events of the Exodus to find out what else the Kushan discovered, gained and lost on that famous journey. “On the stone was etched a galactic map and a single word more ancient than the clans themselves… Hiigara – Our home.” Modiphius has employed the expertise of Martin Cirulis, one of the original writers of Homeworld, to consult on the setting and lore, along with Homeworld experts at Gearbox Entertainment and Blackbird Interactive. The Modiphius 2d20 roleplaying game system has been adapted and developed by head of RPGs Sam Webb and line manager Virginia Page from Star Trek Adventures (developed by Nathan Dowdell; Conan: Adventures in an Age Undreamed Of, Mutant Chronicles), based on the original 2d20 system design by Jay Little (Mutant Chronicles, Star Wars: Edge of the Empire). A fantastic team of dedicated writers, many long-standing fans of the Homeworld games, have been assembled to work on the roleplaying game, including Mike ‘Norsehound’ Ptak, Oz Mills, Jason Brick, Andy Peregrine, Marie Toku

A 300 page full-colour royal size (234x156mm) sewn hardback designed for ease of use at the table. A new iteration of Modiphius’ 2d20 RPG system designed from the ground up to let you dive deep into the events of Homeworld.

Step inside the fleet and for the first time discover the personal story of the Hiigarans The history of the Kushan people - From their origins on Hiigara, into exile on Kharak, and back again. With adventure ideas for play in any of these periods throughout their history

Explore the harsh desert world of Kharak and the cities and societies found there. Create a character from some of the most famous of the Kushan Kiith - Naabal, Soban, S’jet, Paktu, Manaan, and Somtaaw.

Take your role as part of the crew on any of the classic Homeworld vessels Discover life on board the Mothership as part of its many important divisions – Command, Tech and Engineering, or Exploration and Research. Details on all other factions and their technology - Taiidan, Bentusi, Turanic Raiders, Kadeshi, The Progenitors and the Galactic Council

Covers the events of Homeworld 1 and Homeworld 2, Homeworld Cataclysm and Deserts of Kharak You’re not grounded! Simple ship combat rules give you everything you need to take command of fighters, corvettes, frigates, Capital ships, Super Capital ships and of course the iconic Mothership herself! Packed full of never-before-seen Homeworld art to bring the universe to life in a completely new light

Dune - Adventures in the Imperium: Masters of Dune